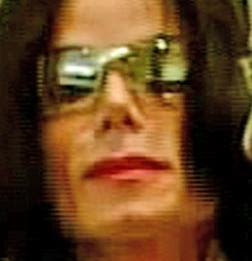 Music icon Michael Jackson died on 25th June - he was 50.

Michael suffered a cardiac arrest at his Holmby Hills home and paramedics were unable to revive him, reports TMZ. It is reported, that when paramedics arrived Jackson had no pulse and they never got a pulse back.

A source told TMZ that the music icon was dead when paramedics arrived. A cardiologist at UCLA revealed to TMZ that Jackson died of cardiac arrest.

Once at the hospital, the staff tried to resuscitate him but he was  unresponsive.

Apparently one of the staff members at Jackson's home called 911.

His sister La Toya ran in the hospital sobbing after Jackson was pronounced dead.

Following the news of his death websites such as Blogger, Twitter & YouTube appear to be bombared with traffic.
The 'King of Pop' & moon-walking star faced controversy in recent years but he was preparing for a set of huge comeback dates in London later this year.

Bruno drops in on Eminem at MTV Awards
by ITN
Sacha Baron Cohen's alter ego, Bruno made quite an entrance at the MTV Move Awards this past weekend when he flew in and landed on Eminem, with his bottom barely inches away from the rapper's face. Eminem was seen storming off after the incident.

But MTV writer Scott Aukerman today revealed "Yes, the Bruno/Eminem incident was staged. That's all anyone wants to talk about, so let's get it out of the way. They rehearsed it at dress and yes, it went as far as it did on the live show then."
Posted by Goss UK at 15:24 6 comments:


Dance group Diversity managed to pip Susan Boyle to the post and win Britain's Got Talent 2009. They will now perform in front of the Queen during the Royal Variety Show.
View Susan's performance in the Final below:

Welsh singer Duffy was the big winner at the BRIT awards, taking three awards. The show included performances by The Killers, Lady GaGa and Coldplay. 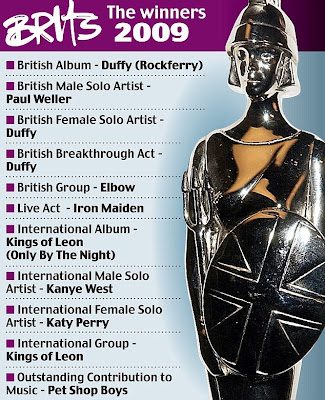 Jennifer Hudson - If This Isn't Love

Jade Ewen was voted as the winner of BBC1's Your Country Needs You and she will go onto represent the UK at the 2009 Eurovision Song contest in Moscow.

Andrew Lloyd Webber was enlisted to work on a song for this years entry from the UK.

The gorgeous and talented Jade will sing 'My Time' - a ballad, written by Andrew Lloyd Webber and US songwriter Diane Warren.

Jeremy Edwards was the latest celeb to be voted off Dancing on Ice as Todd Carty stole the show when he skated onto the stage! Watch below. 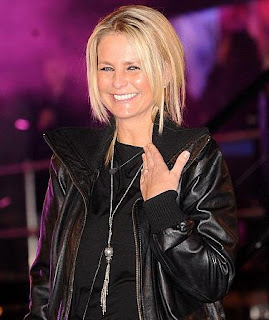 Ulrika, 41, described her 22 days in the house as "the weirdest experience of my entire life and I’ve had quite a weird life."

Her victory shocked the bookies as actor Verne Troyer (famous for Mini Me) was the hot favourite to win.

Rapper Coolio was in third place, Verne in fourth and ex-A1 singer Ben Adams in fifth.
Posted by Goss UK at 18:38 5 comments: 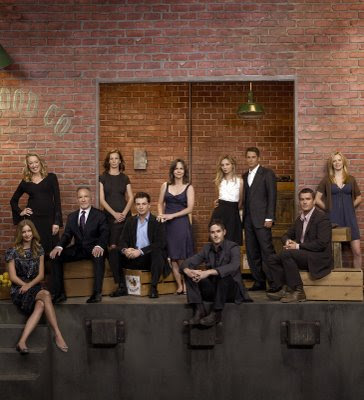 Season 3 of Brothers & Sisters kicks off tonight as the Walker clan decide to go on vacation. Rebecca and Justin continue to hide their feelings for each other, while Nora remains oblivious of her children's plans to find their long-lost brother. Kitty and Robert begin the adoption process.
Brothers & Sisters @ 10pm on More4
Posted by Goss UK at 11:30 7 comments:

Don't mess with Sharon... Megan learnt the hard way after she insulted Ozzy.

Thank you for visiting Goss UK

I am sorry to reveal that this blog is no longer being updated. Thank you to all visitors and contacts. I have deleted the old layout due to the lack of updates.
I hope you enjoyed your visit.
31/12/08